What is a Feasibility study?

The objective of such a study is to ensure a project is legally and technically feasible and economically justifiable. It tells us whether a project is worth the investment.

When it comes to a feasibility study, the following represent failure:

Costs are higher than estimated

Peter McCarthy, in his study of why feasibility studies fail, cites the following observation of a feasibility study conducted in metallurgy: 27% of the problems in feasibility studies were in the test work, project scale-up and equipment design. The wrong composites were tested, process contaminants were not identified, mining schedules were not followed and teams did not understand the composition of the orebody.

Other reasons for failure include:

The natural desire by human beings to see things to completion even when they don’t make sense,
Lack of stakeholder involvement,
Resistance to change by management and end users,
Communication breakdown between and among teams. This can often lead to plans being off schedule, or some operational parameters being misunderstood.

Planning Your Marketing Campaigns: How a Project Management Solution Can Help 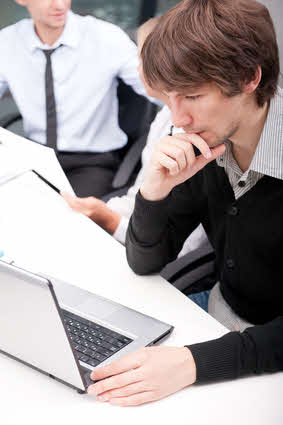 Planning marketing campaigns is not a walk in the park. There is so much at stake, not the least of which is the reputation of the marketing team. It’s the entire organization, however, that suffers when all the planning crashes and burns.

It must be noted that when creating marketing plans, a good chunk of the marketing planning effort is spent on communication and coordination, and not on the actual conceptualization.

As BrandMaker’s focus paper on integrated marketing planning details, these essential but time-consuming tasks include:

My Projects are Constantly Late, Over Budget and Deliver Low-Quality Products. What Can I Do?

I get asked this question all the time. My consulting engagements start with it. My trainings – whether public or on-site – start with it. Sometimes, I even hear it during casual conversations with my friends. Usually this inquiry is followed by the following statement, “Well, you are the project management expert! Care to share your opinion on the subject?”

In reality the answer to this question is not that simple and exists in a two-dimensional space, so to speak.

First, if the company is experiencing these problems, there is a good chance that their project management processes are deficient. The word “deficient” in this context can mean a number of things: lack of proper methodology and templates, absence of experienced project managers or insufficient executive buy-in for project management just to name a few. Any combination of these factors severely limits the ability of the organization to scope, estimate, schedule and control their endeavors potentially leading to missed deadlines, overrun budgets and poor quality products and services.

IT Project Management: 20 Questions to Ask When Taking over a Project

If you are an IT project manager in today’s current business environment characterized by shifting priorities and scarce resources, there is a good chance that sooner or later you will be asked to take over a project that is already in the development phase.

It may be that the current project manager is leaving the company, having been promoted to new responsibilities, or the company needs that person to take over another project more related to their background. It may be that the project did not have a project manager and now someone is needed to take over, or it may be a late or over budget project that the organization needs you to “fix”.

You are facing a significant challenge ahead of you; the project performance reports could be inaccurate, technical designs could be incomplete and have missed key user requirements, the project plan could be incomplete or proper risk planning could have not been performed. The degree of uncertainty for you as the project manager is very high, that’s why it is recommended to perform an assessment of how the project has been run so far, reviewing each previous phase to raise relevant alarms and recommend corrective actions.

Company assets were in dozens of billions of dollars in 2012 whereas its income was measured in billions of dollars. Despite an overall strong position of the organization, the executives of the company were somewhat concerned with a slow growth in revenues (4-8% per year) and net income (1-3% per year). Consequently they felt that the company was been falling behind the competition and, in the long-term, in danger of losing the leading position in the pharmaceutical industry.

The case study below is focusing on the organizational R&D projects – both pharmaceutical and diagnostics – while ignoring the maintenance and stay in business ventures.

Just like in the previous example the company executives have developed a very clear unequivocal strategy void of any ambiguous goals. The strategy consisted of four pillars:
•    No OTC products – the company decided to avoid the generic drug market altogether and focus on the prescription drugs only due to IP protection and higher profit margins.
•    Five research areas – the company decided to focus its R&D efforts on five key pharma field including cardiology, cancer, infectious diseases, diabetes and neuroscience.
•    Focus on personal healthcare - attending to the physical needs of people who are disabled or otherwise unable to take care of themselves
•    Personalized drugs -  drugs that can customized exactly to the needs of a particular patient, including the exact dosage and combination with other medications. 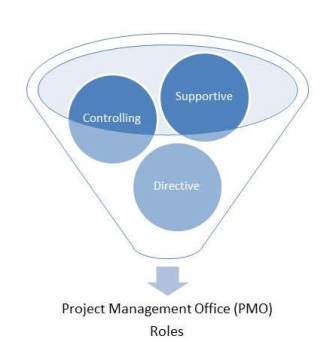 The role of the Project Management Office (PMO) continues to gain prominence; many organizations of all industrial sectors are positioning them as key partners in the achievement of strategic objectives.

It has been demonstrated that PMOs can solve many of the problems organizations face when managing portfolios, programs and projects, such as misalignment between projects and strategy management, failure to anticipate corrective actions over troubled projects, use of nonstandard project management practices, among others.

When implementing a PMO, the first thing that must be done is select a structure type tailored to the specific needs of the organization, which is not an easy task, as there is no “one size fit all formula”. Organizations can be very different from one another in their needs, size, structure and project management maturity, and selecting the right structure type is a key success factor.

In this article we will focus on defining 4 steps to choose the right set of roles for the PMO.

Will PM/PPM Software Solve Your Project and Portfolio Management Problems?

I remember a conversation I once had with a Chief Operations Officer (COO) of a federal government agency involved in several megaprojects, i.e. the projects with budgets exceeding $1 billion. The situation at the organization was really bad: enormous budget overruns, missed milestones and unhappy stakeholders.

The following exchange took place between us:

Me: I heard about your challenges and your CEO has requested that I come in and help you with establishing proper project management processes …
COO: Yes, I know. We do have serious problems with our projects. But I just don’t get it; after all we have MS Project software installed on every desktop in this office! Even receptionists have it!
Me: You know what? You better come to my project management training too, at least, to the first module …