This episode is sponsored by The Agile PrepCast. Earn 37 PDUs: 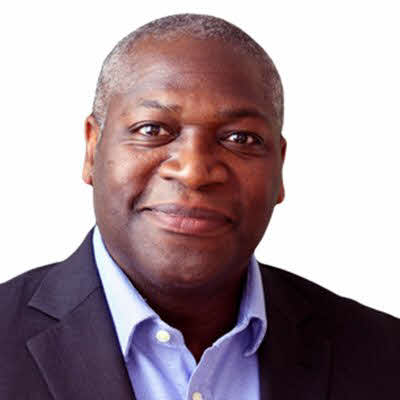 In June of 2013 Bryan Barrow (http://nova-consulting.co.uk - http://uk.linkedin.com/in/bryanbarrow) gave the project management presentation that he always wanted to give. It is titled The Project Manager’s Play Book and it compares many of the tactics and approaches used in American Football to what all of us do on our projects. Except that we project managers wear a lot less protective gear.

Bryan says that once you have seen his presentation “You will learn how to take a new project and deliver it with greater confidence, sense of purpose and sheer fun than you thought possible”. And of course we hope to get that kind of motivation across to you as well in this discussion.

And don’t forget that Bryan Barrow will be speaking on April 29th at the 2014 Project Zone Congress in Frankfurt Germany. So if you hear this before April 2014 you can find out more at http://projectzonecongress.com/ [Update: the template website is no longer available, so we removed the link]

You are listening to one of our Premium episodes. These are recorded and made available to only our Premium subscribers and yes, if you are hearing this, that means that's you. Thank you very much for your financial support of our Podcast.

In June of 2013, Bryan Barrow gave the project management presentation that he always wanted to give. It is titled "The Project Manager's Play Book" and it compares many of the tactics and approaches used in American Football to what all of us do on our projects except that we wear a lot less protective gear.

Bryan says that once you have seen his presentation, you will learn how to take a new project and deliver it with greater confidence, sense of purpose, and sheer fun than you thought possible. And of course, we hope to get that kind of motivation across to you as well in the coming minutes.

And don’t forget that Bryan will speaking on April 29 at the 2014 Project Zone Congress in Frankfurt, Germany. So if you hear this interview before April of 2014, you can find out more at www.projectzonecongress.com [Update: the template website is no longer available, so we removed the link].

And now, get your project team ready. It's kickoff time, literally. Enjoy the interview.

Bryan Barrow: Hi Cornelius. Great to talk to you again.

Cornelius Fichtner: The Project Manager's Play Book is the title of our interview right now. So let's begin with the basics. What is it and how did it come to be?

Bryan Barrow: Okay. I think that Project Manager's Play Book was the collection of processes or activities that project manager and the team will want to pursue in order to deliver a project successfully. The reason it came about is that if we go back into the way when I started working my first project in 1989. It was a disaster by the way. That one maybe another conversation but at the same time, I started playing American football. It's my favorite sport and I started watching in 1982. I was one of the hoard of people who first started watching American football when Channel 4 in the UK started broadcasting.

So I started playing then. Although I stopped for awhile, I started and rejoined another team in 1991. I then played for 3 seasons back to back. Now all during that time, as I was advancing my career as a project manager, I was also learning more and more about American football. One day, it hit me that the two are exactly the same --- the principles, the processes, the practices of planning and organizing American football game or a campaign is the same as organizing a project.

Cornelius Fichtner: Right. So I know that Prince2 is big in the UK. You are not suggesting that Prince2 should be replaced by American football, right?

The analogy I have is that when things are going well in your project, you want to keep repeating the same successful things. You want to keep moving forward. It's all about moving forward, gaining momentum, getting yardage, maintaining positive progress. When things aren't going your way, you have to take a different approach. You have to do things to stop problems from getting worse, from losing momentum, from losing morale and recovering momentum. So there are things that you'll do when you have the ball in American football and there are things you will do when you don’t have the ball. Similarly, there are things you will do when things are going your way in project management and other things that you can do to regain possession and regain momentum in project management.

Cornelius Fichtner: You originally started talking about the Project Manager's Play Book in a talk that you first gave in June 2013. What we want to do is we want to talk about that. Use that talk as the basis for our discussion here. You started out with the topic: "What's wrong with most projects today?" So what is wrong with most projects today?

Bryan Barrow: Well I think there were a number of things with most projects today. But if we wrap it all up, we don’t want to go into the statistics but far too many of our projects come in late and over-budget if they are delivered et.al. And even those are delivered, sometimes the end result of the delivery is rejected by the community, by the users who are waiting for them. So there is a high track record of failure particularly in the IT sector. So that tends to be what's wrong with projects.

Now some businesses, they never overcome a significant project set back. Again we can go into details but we don’t really need to go in to too much of that. But if we think about what sets successful projects apart, there is something very special there. Successful projects tend to have the best plays, the strategies and tactics they're going to use to outwit their competition. They will have the best teams who know their plays inside out and they were able to execute them and they have the best attitude because all of the things being equal, the team that has the best attitude will tend to go on and win.

Bryan Barrow: Well, if you look at an American football game, getting the game underway with the kickoff, the importance of the kickoff can't really be overstated because the goal of kicking off the game is to get a good field position. Because with good field position comes an increased likelihood of scoring early and in American football games particularly if you look at the Superbowls, the team that scores first tends to win the game.

In projects, the thing about that is making sure we have a project kickoff meeting or kickoff workshop bringing the team together, explaining what the project is about, why it's important, what success it's going to be like and what we need to do to deliver so that we can come away from that workshop and with an increased sense of the purpose and increased sense of confidence of what we're trying to do and increase commitment.

So I would always advocate that project teams get together for planning workshops so they can plan collaboratively. I happen to use index cards as you know and I'm a big fan of that but it doesn’t have to be that. It can be anything that you like as long as we bring the team together so we can plan the projects, meet each other and start to work as a team because it's the teamwork that will spell the difference between success and failure ultimately.

Cornelius Fichtner: And is that also the moment when you need to huddle up?