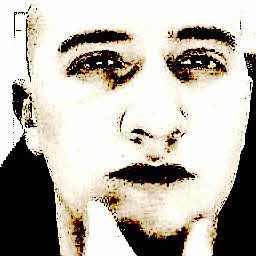 This is a special episode of The PM PrepCast for the launch of our new PMP Exam Coaching program.

This is the second of three interviews in this series, in which we focus on the coaching student. It's a lessons learned interview from the perspective of the PMP exam student who used a coach so that we can learn how a PMP Tutor helps his students to achieve success.

In this interview we welcome Derek Satz, PMP and we will be hearing about his trials and tribulations in preparing for this exam. One very notable fact about Derek is this: Derek has 11 certifications to his name and he says that the PMP certification was the most difficult one to achieve.

I asked him why he thinks that the PMP exam is so much more difficult and I read you his answer during the introduction of the interview. It's a long introduction, but worth hearing.

This is the fourth of 5 interviews about PMP® exam coaching and I am welcoming Derek Satz who also used the PMP exam coach. So we will be hearing about his trials and tribulations in preparing for this exam. It's a great lessons learned for everyone preparing for the exam.

I learned during the interview that Derek has over 10 certifications behind his name and I asked him for this introduction here: Why he thinks that the PMP® exam is so difficult? So by way of introducing this interview, here is Derek's explanation of why the PMP® exam is the most difficult exam that he has taken. It's a bit long so please bear with me but it's good and interesting. So here is what Derek said:

"As far as the PMP® Exam is concerned, it is so different than any of the other ones I took. Six Sigma was very hard but it's mathematical so you can't argue a wrong answer. There is always a right answer. Excel or Minitab does the work for you. You just need to know where you're going and understand what the numbers are indicating and you'll get there. Where the quality section of the PMP ends, Six Sigma begins.

With the PMP® Exam, there is a lot of how does the mechanism work? And that's what makes it so difficult. So I would have to say yes in those regards, the PMP® Exam is the hardest of the 11 certifications that I took. It's not about being able to recognize the right answer. It's about being able to understand the question even if the question is outside of the Project Management Body of Knowledge.

What makes the PMP Exam so difficult is that you can know what's in the book and still fail the exam. It doesn’t matter if you know the material. You need to understand the material, which is why having a coach is so important because they can tell you objectively whether you know or only understand the content. Otherwise, you could walk into the exam totally unprepared even if you think you are ready.

Since it takes so much time to get the certification, also it's way easier to ask yourself: Is this really worth it half way through? I never had that experience with any of the other certifications. It wasn’t really until the last few weeks with the PMP® Exam when everything started to really click.

The reason is that all the processes tie together. So if you understand all of the communication aspects but you are weak say in human resources, then the communication actually really won't make sense because HR somehow ties into it and you don’t really understand HR so it won't click. It really clicks when everything clicks. Again, very different than any of the other exams I took.

Here's another way to compare it. The other exams were very much like anatomy and the PMP® Exam is about physiology. At some point, you are going to have to be able to explain why an answer is the right answer. The others, you don’t have to go to that point or not at least in such detail."

And that is why Derek Satz thinks that the PMP® Exam is the most difficult of the certifications that he took. No wonder that he decided to work with a coach.

Alright after this long introduction, here is the interview.

Derek Satz: Hi, how are you?

Cornelius Fichtner: I'm very well, thank you very much. So in hindsight, are you happy that you decided that to work with a PMP® exam prep coach?

Derek Satz: Absolutely, yeah, absolutely. I think that the thing that it's not in a sense the ticket out per se. It's not going to be one of those things that just because that you have this tool, you're going to pass it but that's what it is. It's a tool and it's a really valuable tool.

Cornelius Fichtner: Okay, so you looked at PMP® exam coach simply as a tool like any other tool you would use to be successful.

Derek Satz: Yeah, absolutely. Yeah, I just think that's an essential and a tool bag of things that you need.

Cornelius Fichtner: What was the reason that you decided to hire a coach and pay a coach?

Derek Satz: Because the thing about it is that this is isn’t my first certification. I've actually have another 11 or 12 behind this.

Cornelius Fichtner: So wait! The letters in your certifications are longer than your name, right?

Derek Satz: Absolutely, yeah, I have an alphabet soup behind me for sure.

Cornelius Fichtner: Okay! So this is not your first rodeo.

Derek Satz: Yeah, exactly. And one thing that I've just learned is that your time is really valuable and you can spend a lot of time trying to figure out exactly what you should know or you can go to people and tools that they'll just pave the way for you to say: "You know, you're wasting your time studying this too much. You already know enough. You need to move on." Or vise versa, you're really underdeveloped in this and this is going to be pretty heavy point on the test and you should really look into this more.

So having that at your disposal I think is really valuable but at the end, you're still going to have to study. That's the biggest thing. You're going to have to put an hour. There's a lot of hours you need to put in for the PMP® exam. It's definitely out of the 11 or 12 that I've taken in the past, definitely the hardest for sure.

Cornelius Fichtner: Yeah! So when it comes to studying, I assume studying happened during, in between the coaching sessions, right?