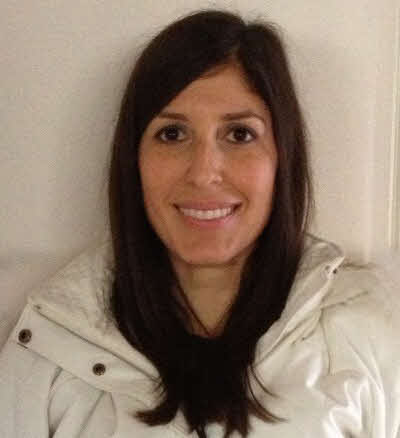 This is a special episode of The PM PrepCast for the launch of our new PMP Exam Coaching program.

This is the final interview in our series where we focus on PMP exam coaching and it is also the third interview where a PMP exam student talks about her personal journey and experience in using a PMP exam tutor.

In this interview you will hear the story of Tara Guidi, PMP. Tara attended a condensed PMP training class and then unfortunately failed her PMP exam. Once she realized that the condensed approach wasn't for her she chose to try PMP coaching where a professional PMP coach works directly with her and a personalized training schedule.

The approach was successful. She passed her exam.

This is the last of our 5 original interviews about PMP® exam coaching. This time, it's with Tara Guidi. And just like Cathy from our third interview, Tara is also a student who first went to a boot camp and unfortunately failed her first PMP® exam attempt and this is why I want to repeat my disclaimer here. Even though Tara didn’t have a great experience with her boot camp, boot camps themselves are not necessarily bad. Many people use them and pass. But this interview is about her experience and her path so we hear her story. It's not meant as a generalization about boot camps.

But if you talk to PMP® exam coaches, they will in fact tell you that a large number of their coaching students have a very similar background. They first took a boot camp, failed and then they came to them for coaching help. And this is where our own coaching program is trying to work as well.

If you are having trouble understanding the material for your PMP® exam, if it just doesn’t click. If you feel that all the training that you got so far for the exam just doesn’t work for you, then coaching might be the way for you to go.

So please stop by at www.pm-prepcast.com/coaching and consider coaching as an option. Here is the interview.

Tara Guidi: Hi, thank you. It's nice to be here.

Cornelius Fichtner: So why did you decide to work with a PMP® exam coach. What's the back story here?

Tara Guidi: I'm a senior project manager for a company in California and it became part of my job requirement that I become PMP® certified. So I went to a boot camp last spring and I sat through the week and I took notes and highlighted 300 PowerPoint slide content and I lost the boot camp and said: "Oh okay!" and then I went back to work and 2 months later, I said: "Okay, I think I'll take the exam." And I didn’t study and I crammed the weekend and I went in and I took it and I failed.

I knew I was going to fail because I didn’t really prepare. But yet I was so disappointed and just let down in myself because the boot camp had said to me 99.8% of students pass on the first try. So I thought: "What's wrong with me? Why didn’t I pass? Am I not smart enough? Do I not have the intelligence to pull this off?" So I was really feeling down.

So I went on. I Googled it. I Googled PMP tutor in my area and my tutor actually popped up, his website and I thought: "Oh okay, whatever." And then I moved on. No offense to Dan but I was like: "Okay, yeah! Okay, let's see what's up." So I found a blog and I went on to the blog and I said: "I would like a face-to-face PMP tutor." And this is what I was. And lo and behold the next day, Dan actually reached out to me on this blog and says: "Hi! I'm the PM tutor and I can help you." So that's kind of how our relationship got started.

Cornelius Fichtner: Okay! I'd like to go back to those 98. whatever percent passing students. So were you pretty confident after the boot camp you were going to pass?

Tara Guidi: To be honest, at that time, I thought: "Okay, I can do this." And then of course the weeks went by and I got back into my life and I think that's what happened with a lot of people is they probably share similar lifestyles like me. You have to work full time. You are married. You have children. I have small children. So you kind of just get back into your routine but looking back now that I worked with a tutor and I worked with Dan specifically, no, I was not prepared. The boot camp, there's too much information to absorb in 4 days.

Cornelius Fichtner: Okay! So you think, if you had taken the exam right at the end of the boot camp, not a chance for you to pass.

Tara Guidi: No, I don’t think the outcome would have been any better than it was my first time.

Cornelius Fichtner: Okay, okay, okay. So you reached out to Dan or rather you found him first then he reached out to you. How did he convince you that he was, that Dan's the man for you?

Tara Guidi: So Dan was the man because he said: "You know we can talk further about this. Can you call?" So I called him. I just told him my story. And he said: "Okay! And he said, this is what my services are. This is what I do. I will do tutoring over the phone." He's like: "You're not going to find probably somebody face to face in your area. But here's what I do." He gave me his history. He actually has a very articulate YouTube video that talks about why students need assistance with the PMP® exam and goes through. He has basically had my story outlined. You go to the boot camp. You say: "I'm going to pass." And then you don’t and then you realize I'm not in that really high percentage of students that do pass and then you think: "Oh, there's something wrong with me because I did not pass."

So he actually, it really spoke to me the advertisement for his company because I thought: "That's me!" So I guess I'm not really alone. So that helped me feel a little bit better. And then he just really provided me with what we're going to do. We're going to talk on the phone. We are going to work through concepts whatever I needed in order to get myself prepared for the exam.

Cornelius Fichtner: What about the cost for all of these? Did you have to pay for this out of your own pocket?