Episode 351: How to Get Your PMP Certification with Mark Chropufka (Free)

This episode is sponsored by The PM PrepCast for The PMP® Exam: 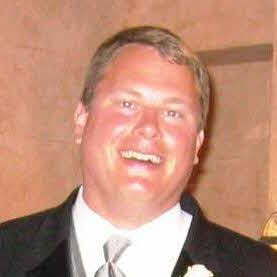 This is another episode in which I am proudly introducing you to one of my successful students who was able to pass the PMP. Hi name is Mark Chropufka (https://www.linkedin.com/in/mark-chropufka-pmp-mba-a3a8196) and he is a student of my PMP PrepCast.

I love doing these kinds of interviews because of the in-depth knowledge that I can take from someone like Mark who has passed their PMP exam and bring it to those who are still studying for their exam. And of course, I also feel very satisfied that it was my exam preparation course that showed Mark how to prepare for PMP.

In this PMP lessons learned interview you are going to hear him talk about his journey to becoming PMP certified from start to finish.

Cornelius Fichtner: Hello and welcome to episode number 351. This is the Project Management Podcast at www.pm-podcast.com and I'm Cornelius Fichtner.  Welcome back. This is another episode in which I am proudly introducing you to one of my successful students who was able to pass the PMP exam. His name is Mark Chropufka and he is a student of my Project Management PrepCast. I love doing this kind of interviews because of the in-depth knowledge that I can take from someone like Mark who has passed their PMP exam and bring it to those who are still studying for their exam. And of course, I also feel very satisfied that it was my exam preparation course that showed him how to prepare for the PMP. In this PMP Lessons Learned interview, you are going to hear him talk about his journey to becoming PMP certified from start to finish. And so, let's take the first step on this journey. Enjoy the interview.

Mark Chropufka:   Hello, Cornelius. Nice to talk with you and actually meet you for the first time.

Cornelius Fichtner:  Yes. I listen to podcast myself and sometimes you `know, you get to know these people and to have them in your head and then, suddenly you meet somewhere it's like, Oh my God! I know you.

Mark Chropufka:   Thank you very much and thank you for all your help with your product. Great product.

Cornelius Fichtner:  Happy to help. When did you pass?

Cornelius Fichtner:  Yeah. Most important thing first, you know, if you have to do this again, is there anything you would do differently?

Mark Chropufka:   I feel that with the preparation that I did and all the reading and the reviewing and the course that I took, honestly, not really. I was very successful and I just felt that the preparation and using the PM exam simulator that you offer made all the difference. Taking a number of practice exams made the difference and I was very calm and prepared for the exam.

Mark Chropufka:   Anything I would leave out. I basically say that don't worry. Basically just making sure that if you see, sometimes you see horror stories on the Lessons Learned out in the internet and you see a lot of people take that, with a grain of salt. And also with the other part is not to get frustrated. In the preparation process, you're going to hit points where you feel like you should be at a certain level. And for example, I was taking the PM exam simulator and it was saying, it would say that I was below proficient on a couple of areas. And it's like, wow, you know, if I'm not performing, I should be at this point. I'm already two weeks away from the exam, I should be well on my way. And really, I would say is not to get, don't get discouraged. Basically, use that feedback to focus on that area. That's where you want to focus your study and make sure you're up to speed on that particular weak area. And you know, again, it's not the real exam so this is where you want to make your mistakes and this is where you want to expose your weaknesses. And so that way you're prepared. When the real exam comes, you're not going to get that second chance. So make as many mistakes as you can I would advise obviously and learn - most importantly, learn from the incorrect answers and the mistakes that you make. That's the biggest lesson learned, my takeaway from the exam.

Cornelius Fichtner:  There are so many project management certifications out there. Why did you choose to go with the PMP?

Mark Chropufka:   I felt that, you know, I've seen as I was over the, it's been about five years now, I have seen people in my career that have earned the PMP designation or had the PMP designation and they were getting upper  management jobs and I learned about, I was curious as to what it took to acquire the certification. I looked into it. I'd say, like I said about four, beginning about four years ago. And you know, I needed to acquire more experience at the time. I felt that you know, in my career, I need more project management experience. So up until, let's say about a year ago, I looked at the credentials again. I went to the PMI website and I felt that my experience – I had become manager several years ago. And I felt that now I was ready and I started looking at the credentials that were needed and I applied. And basically, you know, PMI responded back, actually audited my application which again I, if I understand that's a random process and I provided all the documentation. You know, basically, my supervisor, my current supervisor, my former supervisor, were more than happy to support what I'd written and I showed them everything and it was not, it was very seamless. I provided my certificate, my course completion certificate and my graduate degree. And basically, they cleared me, PMI cleared me to take the exam which I did in December. Just a note about that is actually, I think it was in October that I actually got clearance to do so. I was surprised that when I went on to the website to actually schedule there were no dates available until like I think late December. So and obviously the exam was about to change so I was curious. I wanted to make sure I completed my examination before that change occurred, so.

Cornelius Fichtner:  Yeah. And you know, just by pure coincidence about half an hour before we started our interview, I was looking at the PMP, latest PMP statistics. And I saw that in last year, there were 55,300 and something - I don't remember the exact number anymore - but over 55,000 new PMPs, right. So it is not surprising when you say that you were in October trying to get a seat and you have to wait until December. There are so many people getting this certification at the moment.

Mark Chropufka:   And again, I was going to the Prometric Center that I have actually take another exam before I’m taking their graduate GMAT and another graduate exam some years ago. So I knew the center and I was familiar and it was closer to me. I actually didn't reach out to other centers. But that particular center, there were very few dates available so that's where I ended up going with. I ended up going with December 31st that just made the most sense.

Mark Chropufka:   Oh, I guess I was in that group. Okay.

Cornelius Fichtner:  Yeah, exactly. So let's come back to the audit quickly because you said you were audited. When exactly did PMI tell you, you are being audited?