Episode 396: More Projects Are Using Agile Than Ever (Free) 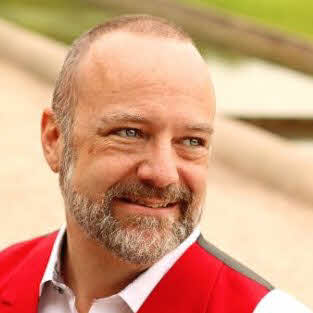 Are you using an adaptive life cycle to manage your projects? You know, something that falls under the general umbrella of Agile like Scrum, XP, Kanban or DSDM?

And if your answer to this question is yes, then think about when exactly you started using these approaches, because that date says a lot about you and your organization. If you started 20 or more years ago then you can consider yourself to be an innovator, but if you started just recently you are a laggard. (And just in case you are wondering, I would put myself in the middle with what is called the "early majority".)

But no matter when you started your journey into Agile it might be interesting to know how many of us out there are actually using Agile on our projects. And according to Joseph Flahiff (www.whitewaterprojects.com -- www.linkedin.com/in/josephflahiff) there are more than you would think.

How many more? He doesn’t have an exact number, but then again nobody knows how many waterfall-based projects there are either. However, studies done on this subject and a number of other indicators lead him to believe that Agile is now the new normal. The number organizations using agile project management is massive, which is just one more reason to also get started with your PMI-ACP Exam Prep.

Today, many organizations are using agile project portfolio management alongside their existing PMO capabilities, to ensure that all the change projects in the business have adequate governance and support.

Cornelius Fichtner:   Hello and welcome to Episode #396. This is the Project Management Podcast™ at www.pm-podcast.com and I’m Cornelius Fichtner. Are you using an adaptive life cycle to manage your projects? You know, something that falls under the general umbrella of Agile like Scrum, XP, Kanban or DSDM and if your answer to this question is yes, then think about when exactly you started using these approaches because that date says a lot about you and your organization. If you started 20 or more years ago, then you can consider yourself to be an innovator, but if you started just recently, you are a laggard and just in case you’re wondering, I would put myself somewhere in the middle with the early majority. If you are a project manager who wants to become PMI ACP certified, then the easiest way to do so is with our sister podcast, the Agile PrepCast and get your certification training for the exam by watching the in-depth Exam Prep Video Training from www.AgilePrepCast.com . But no matter when you started your journey into Agile, it might be interesting to know how many of us out there are actually using Agile on their projects and according to Joseph Flahiff, there are more than you would think. How many more? He doesn’t have an exact number but then again nobody really knows how many Waterfall-based projects there are either. However, studies done on this subject and the number of other indicators lead him to believe that Agile is now the new normal. The number of Agile projects is massive. Enjoy the interview.

Cornelius:   Hello, Joseph and welcome back to the podcast.

Joseph Flahiff:   Hey Cornelius. Thank you and it’s great to be here again. I love [talked over]

Cornelius:   Wonderful. We’re happy to have you.

Cornelius:   So why were you interested in writing an article about how well Agile is implemented around the world?

Joseph:   You know I was thinking about it. I was actually looking forward at what’s coming next. Agile’s been around for about thirty years depending on where you measure it from twenty to thirty years. People would not think of it as being that old but it really is and I was thinking about what’s next? The world’s changed a lot since then. The people that were innovating those things are now not innovating those things. That’s a sweeping judgment and I don’t mean to make it sound that way but there’s not a ton of innovation happening on the Agile front—at least not as it was in the original time frame and so my thinking was: “Hmm, who are the innovators today and what are they innovating?” so that’s what’s going on in my mind and it led me to think about where Agile is in its adoption and is anybody doing innovation yet or—those kinds of things.

Joseph:   From about 10,000 feet you could see that it’s pretty clear that at least 50% of IT organizations out there have adopted some form or semblance of Agile practices or are being Agile. They self-proclaim that.

Cornelius:   Alright, and just for our metric users, 10,000 feet is about 3,048 meters. [chuckles]. Why is this finding important for our listeners for our Project Management Podcast™ listeners?

Joseph:   Well it’s important because 50% is half of the people out there in the world. That means that a lot of folks are already using Agile practices and just about anywhere. You know—flip a coin—if you take a new job, 50-50 chance that those people at the new place have adopted some form of Agile or are going to soon.

Cornelius:   Yeah. Strange coincidence—this morning—and I’m not making this one up, I received an email from a friend/colleague of mine from Orange County who said that he is actually having trouble finding a Project Management job because he does not yet have Agile training. There seems to be adoption in progress here. But before we move any further, let’s talk a little bit about the word “adoption” and particularly adoption levels and what all of this means and please tell us what is the diffusion innovation curve that you mentioned in your article?

Joseph:   Yeah, the diffusion of innovations curve—that was developed by Everett Rogers back in 1962 and he was doing a study interested in how new innovations get distributed or diffused into society. He did research into about 508 different studies and he took their data and pulled it apart. These studies were in anthropology, in sociology, education and industrial and medical sociology. All of these studies he compiled together and out of that, he drew his conclusions, right? And he created this, essentially a bell curve, so he found that the distribution was essentially a bell curve and it followed a pretty predictable pattern. There were these early people who actually created the innovation. So, they are the people that went out and tried something new and failed that and tried again and failed and suddenly created something new. This would be—in the Agile context—would be the people who founded the Agile movement.  At that time, it was really the late 80’s early 90’s, they were actually calling it lightweight development practices when they actually had a name for it. So, those are the innovators, then the next group of –that’s about 2.5% of the entire population anytime you’re talking about an innovation. 2.5%. So, then there’s this next group of people that are the early adaptors. They are the folks that have a Tesla or are looking at getting solar panels for their roof. They’re the people who had the first iPhone, those people who are willing to put up with some stress and some failures because they like the new shiny thing, the new fancy thing. They like to be out in front. That’s about 13.5% of the population. The next group is the early majority group—they are about 34% of the population. That’s when you start seeing mass adoptions of something. If we started seeing everyone’s driving a Tesla or right now you see everybody’s got an iPhone or something like an iPhone, right? The early majority is when you start seeing that about half the time, people have those things because at that point you’re at 50%. The next group of people, the next 34% is the late majority—those are the folks that are a little bit behind that curve but still adopting. As mass adoption starts to happen, they’re “on-board”. That’s 34% and the last little group are the laggards and they’re the people who will adopt something kicking and screaming, right?

Cornelius:   Right. That’s my brother who finally got a smartphone last year.

Joseph:   Yes. Yes. [laughs] There you go. That’s the laggards. They’re a small percentage of the population. They believe life was better before sliced bread.

Joseph:   Yeah, it’s an interesting question because it’s hard to just put a pinpoint on it and say, “This is exactly where it is”—because nobody has pure data. There was a recent study by HP and in their study, they showed that about 16% of the population said they’re using pure Agile and then another 24% said they’re using some hybrid form of Agile so that’s 40% of the population so if you just look at that and people who are saying they’re doing something Agile is 40%. In that same study, another 51% said they were leaning toward Agile. So, if you take all of that together, that’s 91%. That leaves you 9% leftover who are—there’s 2% that’s pure waterfall and 17% that are leaning more toward Waterfall.

Joseph:   For most of the past 30 years, the Agile community has kind of fought an underdog fight. They have been—we have been—I’ve been one of us—have taken the approach that we have something really good and we want to share it with you. Please listen to us. We know that most of the people use a sequential or Waterfall model but there’s this other thing that we could do and it’s better. It can get you more speed and greater predictability and adaptability as your deploying things like software, right? It’s been an underdog fight. We’ve been the one that no one expected really to win. I remember back in the day—back in the early 90’s—early 2000’s going to Global Congress and things like that or people would still say, “Oh, Agile’s a fad, it’s not going to stick around. It’s just a fluke” and then after a while it got, “Well, you know what? Maybe it’s sticking around”. Well, now we’re seeing that it’s starting to be the tidal wave. It’s being the majority, not the minority.

Cornelius:   So, from that perspective, when should a company think about adopting Agile?