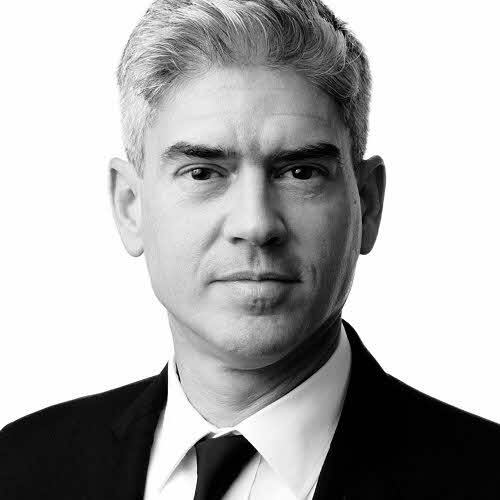 The Project Mangement Institute (PMI)® launched their new podcast "Projectified with PMI®" at their thought-provoking Global Conference 2017 in Chicago, Illinois.

And during the conference I had the opportunity to sit down with Stephen W. Maye (LinkedIn Profile) who is the Projectified host.

We begin by looking at PMI's new podcast itself, but then quickly move on to a number of "futuristic" topics. Stephen has had the opportunity to interview some of the brightest project management thinkers from around the world. Anand Swaminathan, Dr. Michael Chui, and Jacqueline Van Pelt to name just a few. Stephen summarizes their thoughts and ideas for us.

We also discuss what Stephen sees as the number one trend in project management, what this trend means for us project managers, and how digitalization, artificial intelligence and the internet of things will influence the way we manage projects going forward.

You can find Projectified with PMI by visiting http://www.pmi.org/podcast.

Stephen Maye: In this episode of The Project Management Podcast™, we look into a crystal ball to see how project management is changing and how modern tools and emerging technologies impact the way you will manage your projects in the future.

We are coming to you live from the thought-provoking 2018 PMI Global Conference in Chicago.

Cornelius Fichtner: And I have moved on to Room 474-B and I am sitting here opposite Stephen Maye from the Projectified with PMI podcast. Hello Stephen!

Stephen Maye: Hello, Cornelius! Thanks for having me!

Cornelius Fichtner: Yeah, welcome to the program. Thank you so much for being here! Absolutely great! So you are the Host of Projectified with PMI, a new podcast that PMI is launching here at the Congress. Why has PMI finally, only after 12 years of me doing it, decided to start their own podcast?

Stephen Maye: Well, it was important to make sure you had a large bank of material that we could rip off and republish. No, you know I think it was just time. When you look at what PMI’s mission is in the world and kind of where it fits and PMI paying in particular attention to responding to where the market is going, where people get their information, not only the current community of not just people who call themselves project managers. But people who get up every day and go to work and do something that’s significant in a project or multiple projects. Not just once a day but those coming up.

Cornelius Fichtner: What’s the focus of your podcast?

Stephen Maye: It’s really around what’s next. It’s really focused on being forward looking on those subjects, those concepts, those ideas, those insights that are relevant to people doing important project work. So if you can imagine this kind of core space of what we think of as project management knowledge and skill and technique. And even if you were to take for example, the PMBOK® Guide, and the Agile Practice Guide, and if you were to say, well that’s a pretty good way of describing what’s in that core specs.

Well around that, there are all these other disciplines and all these other ways of thinking and skills and techniques that make the person practicing those processes effective. So this could range from: Do I understand what’s coming in artificial intelligence? Do I understand the difference in leading or managing or structuring a digital transformation project? Even, do I understand the science and art of influence? So those are the kinds of topics where we go find people that have done deep research or are deep practitioners or have really studied these topics and are able to communicate here’s what’s coming and here’s how you as a project professional need to be prepared to deal with it.

Cornelius Fichtner: And since PMI has chosen you to be the host of this forward-looking podcast, there has to be a story behind this. What is your personal interest in regards to where project management is heading?

Stephen Maye: Yeah, so outside of the podcast and other media-related work that I do, I’m also a consultant. So my consulting firm is in the area of business transformation, of disruptive transformation, of strategic change. And in that space, you have to execute. So no matter how brilliant the insight, no matter how major or minor the change, no matter how important to the organization or the company, it all comes down to whether or not you’ll effectively execute. And you execute in the context of projects. So to me there is no execution without effective project management whether you call it that or something else.

And when I look at that, I take kind of a broad view of: Okay, I include in there how do we identify risk? How do we track and manage risk? How do we escalate decisions? How do we structure governance in every site? How do we build portfolios of projects that can effectively move a change forward and then how do we manage them? So for me, that’s a critical component that relates not only to some of my own history around project management but in the consulting work that I do today.

Cornelius Fichtner: When I look at my phone, I see that it has downloaded three episodes of Projectified with PMI, at least this morning unless you published one throughout the day. I’d like to take a look at what your guests had to say so far on your program.

Please tell us, what do you think is the most surprising, interesting, stimulating prediction that you have taken away from the interviews beginning with Episode 1 of your podcast with Anand Swaminathan?

Well he kind of booked into that later in the interview. He also said: “Look digital transformation is relevant to every industry.” He may even said, I have to go back, he may have even said: “…every organization”. So you could stand here today and say: Oh wait a second, I can see this in some specific industries particularly those that are traditionally very data-driven but he would use examples from industries that you would think, there’s no way that’s a digital transformation play. You know, heavy equipment, this kind of thing. So that to me was fascinating, this idea of this massive acceleration of data creation and then the idea that this is relevant to everybody. Now, you can debate it one way or the other, but he made a pretty compelling case.

Cornelius Fichtner: Episode 2 was with Dr. Michael Chui. What did you takeaway from that?

Stephen Maye: Yeah, you know, this is a guy not only is he brilliant but you kind of like him right away. So I really enjoyed talking to him. I have not met him before we talked in advance in the podcast when we did the recording.

Well I thought that in itself is fantastic. Well that kind of moved in to this conversation around, so what does that mean? Is it one of those and you could decide, is it utopia and a dystopia and depending on which author you are reading, what is this, a vision of a place where everybody lays around on lounge chairs because all the work has been automated. But again he makes a fantastic case. No, it’s not that at all.

He said: “Not only do we need robots working as hard as they can.” He said: “We need everybody working next to them.” And he went on to describe the simple change in global demographics has created a scenario where we absolutely not only have the opportunity for everyone to do many of the work. We really need for everybody to be working. So whether that’s good news to some or bad news to some, he paints this picture of rapidly accelerating automation and digitization but it doesn’t do away with the need for all of us to stay busy at work. Again, it was fascinating to me.

Cornelius Fichtner: And then in Episode 3, you interviewed Jacqueline Van Pelt. What did she have to say?

And coming from someone, again, not to make so much about age but someone who is still earlier in her career and still younger person but has already gained these kinds of insights. Now when I pushed on her a bit, yes, it was impressive actually, the sort of depth of what she was bringing. One of the things that became clear was she lives in the space of an incredible gratitude toward people that have mentored her. She repeatedly would talk about those that have been able to guide her, to mentor her, to coach her, to set positive examples for her and I thought this is sort of very powerful story that came through. Someone that had done hard work of preparing; she had great education. She had taken great position. She had worked hard and the people that came around her and coached her and prepared her, mentored her and she is already showing a level of maturity and insight that’s just beyond what you would expect in just years of experience.

Cornelius Fichtner: At this point, many of our listeners are probably going: Oh my God! This sounds great! Where on earth can I subscribe to this podcast?