Get PDUs on your phone: 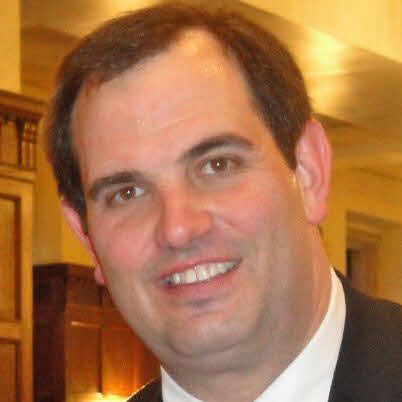 The Project Management Institute (PMI)® has made a number of changes to the Continuing Certification Requirements (CCR) program in the past 18 months. (Good news: there is still plenty of provision for you to undertake free PMP PDU learning opportunities.) These requirements define the policies and guidelines that certified project managers must follow in order to earn PDUs and renew their certification.

In this interview we speak with John Kleine (LinkedIn Profile) who is the Global Manager, Product Strategy & Delivery, at Project Management Institute. One of John's responsibilities is overseeing the CCR program and any changes made to it.

We begin by discussing the recertification requirements for a Project Management Professional (PMP)® certificate holder and walk you through many of the updated rules. Of course, the interview is also full with good ideas and suggestions on how to earn PDUs. For example, what would you expect are the most frequently used, and the most under-used PDUs earning activities?

As you may already know, in order to succeed at recertification, PMP credential holders need to spend time earning 60 PDUs for PMP renewal. Different certificates have different requirements, but as I know many of you do hold the PMP certificate, our interview highlights that.

Male Voice:   In this episode of the Project Management Podcast™, we talk about what’s new and coming regarding PDUs for all those who hold a PMI® certification.

Cornelius Fichtner:   Hello and welcome to the Project Management Podcast™ at www.pm-podcast.com. I am Cornelius Fichtner. We are coming to you live from the thrilling 2017 PMI Global Conference in Chicago. With me right now, sitting on the other side of the table is John Kleine who is the Global Managers Certifications at PMI. Good afternoon, John.

Cornelius:   We’ve had you on before and every time we talk about the same thing—PDUs, CCRS [laughs]

Cornelius:   I was just going to say it’s an important topic and a lot of people need to know about it and want to know about it. Yeah. So, the CCR, the Continuing Certification Requirements Program has seen some major changes over the past 18 months. They have been widely publicized and every PMP should know about them by now yet I’m still being asked to explain the new guidelines again and again.

So, to get us started, would you please give us a quick overview of what the requirements are for someone who has just passed their PMP exam maybe yesterday. What do they need to know in regards to PDUs?

John:   Right. I can tell you somewhere in the world yesterday, someone did pass the PMP. Well, the first thing I would tell you if we were in a hotel lobby or something and we’re limited on time, would be go to www.pmi.org, click on “Certifications” and then click on “Maintenance of Certifications” and that’ll have a much deeper dive than what I’m currently going to give you but I would tell that individual that within a three-year cycle to maintain this PMP certification that they’ve worked so hard for and had earned that over three years, they’re going have to earn 60 PDUs—60 Professional Development Units and those are broken out into two categories.

We have Education and we have Giving Back to the Profession. Now within Education, PMI in the new changes stated that you have to have a minimum of 35 PDUs but you could have up to 60—which means in Giving Back to the Profession, you don’t have to have any but you can’t have more than 25 because the whole program’s emphasis is on professional development. And then within the Education, based on research and feedback from organizations, what we’ve done is we’ve now directed the learning into three areas—technical skills, the leadership skills and the business and strategic skills.

So, skills and knowledge in all those areas are what we’ve learned from employers that they really want to see development within the project managers and their organizations. And so, from that, that’s the basic. The thing is getting them done within three years.

Cornelius:   That seems to be the problem for some people.

Cornelius:   The new rules for the PDUs, they have been in effect for quite some time now—I’d like to hear what kind of feedback you have received from the three main stakeholder groups—yourself, first of all, then PMP certificate holders, as well as education providers. So, how does PMI feel that these rules are working out?

John:   Alright. First of all, the rules are working out great from PMI from doing this and this is going to sound a little conceited or whatever, coming back but I’m not surprised because of it because when we did this, we didn’t go into a conference room and go “Hey, this will be a cool idea. Let’s change it and do it”.

There was a lot of research, resources and effort put into this so that when we roiled it out, we knew we were meeting what the market wanted to happen. And I think as we get into the other two groups, you can do it but from what I’ve seen so far, as we progress into this, it’s been very well received and it’s going—I have nothing but the highest regard for our certification holders on how they received it and how they are working through it.

Cornelius:    OK. Well, let’s move on to the certification holders—what are they telling you?

John:   Again, based on the earlier question, I wouldn’t have said “great” if I did not think this but honestly, we’re hearing great feedback from them as well and this always takes me back to when we were researching this and the reason that I started having confidence we were doing the right thing and that it was the right thing to do for the profession was in the focus groups, I started seeing around the world, started seeing a common thing coming out of this—the practitioners we were interviewing—I was literally behind the glass looking and they were all talking about how much PMI did to create the PMP and what they had, you had to go through to attain the PMP but then all of a sudden, once it was bestowed, they kind of felt that we just left them alone.

We didn’t provide them any more kind of direction of what was happening, what was in demand within the profession and it really fell upon them to try to learn what they didn’t know. So, once we rolled it out, the feedback has been very positive and when we do get a criticism, usually isn’t about the program—it maybe someone would go:” I think it should have been seven PDUs required in technical versus eight PDUs so the content is always not what this discussed but maybe a little bit of the process. So, it’s been well-received and it’s kudos to our—as I said, to our practitioners.

Cornelius:   What about the training companies—what do they tell you?